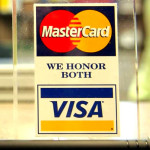 Since the 1980s, one of the most well-known and heavily used strategies among hedge funds and portfolio managers has been pairs trading.

#-ad_banner-#Classified as a market-neutral trading strategy, pairs trades attempt to do away with the unpredictable up and down moves of the overall market that often take individual stocks with them. Instead, those who employ a pairs trade aim to isolate the movement between two similar companies.

In a properly hedged pair, an investor goes long on one stock and short on the other. Thus, when the market goes up, the long position follows suit and profits, while the short loses money (and vice versa when the market falls). The relationship between the two stocks (known as a spread) will influence whether the overall position prospers or not.

To profit from this strategy, you have to choose good pairs in the same industry with similar business models and a consistent, historical relationship.

One of the most prevalent and oft-researched pairs relationships has remained between the world’s two largest payment processors, Visa (NYSE: V) and MasterCard (NYSE: MA).

These two financial transaction companies are roughly the same size, ($120 billion to $140 billion in market cap), engage in comparable businesses, and have maintained a correlated (although at times volatile) relationship for years.

Flickr/THOR Even if the market were to drop from here until the end of the year, the pair relationship would most likely hold, opening up the possibility to make money even when the stock market falls. While there are many ways to research and execute a pairs trade, I find the basic dollar-weighted strategy to be the easiest and most effective. If stock A is priced at $100, and stock B is priced at $200, then one would employ a ratio of two shares of stock A for each share of stock B. The goal is to get a roughly equivalent amount of money into each side of the pair.

A quick comparison of recent prices for both Visa and MasterCard show that a ratio of 3 shares of MA for every share of V gets roughly the same amount of capital invested on each side (hence the “dollar-weighted” and “neutral” designations). For the sake of simplicity, let’s use recent prices for V and MA rounded to the nearest dollar:

So what does all this mean?

By buying three shares of MA and shorting one share of V, a savvy investor can forgo the stomachache of watching the market rise and fall daily, concentrating only on the relationship between Visa and MasterCard. This spread creates a chart of its own ebbs and flows, typically bouncing off lows and falling from established highs. Our current spread price of $4 shows that we are on the low end of the pair’s historical price. Just two months ago, the spread price was around $30.

Holding from $4 to the recent high of $30, the position could net a gain of nearly 6% in just a few months’ time. While the return isn’t extravagant, the main attraction of the pair lies in the downside protection if this bull market were to come to a quick end. Even if the market were to drop from here until the end of the year, the pair relationship would most likely hold, opening up the possibility to make money even when the stock market falls.

Can you see now why this method has been popular with investment banks and hedge funds for decades?

Just as with any other investment, company research and following news is highly important. We recently saw how news affected the pair positively late last week. On March 27, Wal-Mart (NYSE: WMT) levied a $5 billion lawsuit against Visa, accusing the payment processor of setting excessive swipe fees.

As the market digested the news the following day, Visa fell while MasterCard held even, causing the Visa short to profit while MasterCard remained flat. As a result, the spread price jumped from roughly $4.50 to $8 in just one day.

Risks to Consider: Pairs trading is not without its own caveats. Unexpected events in the underlying stocks could sway prices strongly in favor or against an investor. Also, pair relationships can break down over time due to competition, weakness in performance, poor earnings, and so on. Tread softly and use pairs primarily as a tool to hedge market risk.

Action to Take –> The Visa/MasterCard pair is settling at historical lows and is ripe for the picking if the ratio price (calculated above) can be had under $8 to $10. However, if the price falls under $1 to $2, it may signify that the pair relationship is breaking, and it may be time to exit and seek other opportunities.