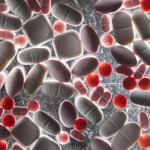 The short interest gain of almost 14 percent in this biopharmaceutical company brought the total to more than 14.54 million shares by mid-month. That was less than 2 percent of the float, as well as the greatest number of shares short since last June. It would take more than three days to cover all short positions.

This maker of therapies to treat cancer and immune-inflammatory related diseases has a market capitalization of more than $93 billion. It saw some unusual options activity during the short interest period. The price-to-earnings (P/E) ratio is greater than the industry average, but so is the operating margin.

All but four of the 28 analysts surveyed by Thomson/First Call recommend buying shares, with 12 of them rating the stock at Strong Buy. The mean price target, or where analysts expect the share price to go, is about 15 percent higher. That consensus target would be a new multiyear high for the stock.

The shares decreased around 3 percent during the short interest period, a little bit more than the S&P 500. Celgene started to recover afterward, until the recent sell-off in the broader markets. In addition, it has outperformed Ilumina but underperformed Medivation over the past six months.

Short interest in this San Diego-based company grew more than 10 percent early in the month to around 2.71 million shares, or about 2 percent of the float. The number of shares sold short has been rising since late January. However, the days to cover dropped to less than three.

Illumina makes life science tools and integrated systems for genetic analysis. Analysts are looking for this more than $26 billion market cap company to post double-digit percentage revenue growth this year and the next. But note that its P/E ratio is much greater than the industry average.

Of the 25 analysts polled, nine rate the stock at Strong Buy, and eight more also recommend buying Illumina shares. They see plenty of room for shares to run, as their mean price target is more than 18 percent higher than the current share price. That consensus target would be a new multiyear high.

During the short interest period, shares ended up down almost 4 percent. They have retreated another 2 percent since, dropping well below the 50-day moving average. Over the past six months, the stock has underperformed the others featured here but outperformed the broader markets.

Short interest in this San Francisco-based company swelled more than 13 percent early in March to more than 4.72 million shares. That was the highest number of shares sold short since last May, and it represents about 6 percent of the float. It would take more than four days to cover all short positions.

This nearly $10 billion market cap biopharmaceutical company offers treatments for prostate and breast cancer. Its European expansion potential impressed at least one analyst this month. The return on equity is almost 120 percent and its operating margin is higher than the industry average.

Of the 19 surveyed analysts, eight rate the stock at Strong Buy, and seven more also recommend buying Medivation shares. However, their mean price target is about the same as the current share price, meaning that the analysts see no upside potential at this time.

Short sellers watched the stock rise more than 9 percent during the two-week period, and it is now up more than 29 percent year to date. The stock has not only outperformed larger competitor Abbott Laboratories over the past six months, but the Nasdaq and the S&P 500 as well.

The number of shares short in Alexion Pharmaceuticals, Biogen Idec and BioMarin Pharmaceutical grew more modestly during the period. Short interest in Gilead Sciences and Juno Therapeutics was about the same at the beginning and end of the two-week period.