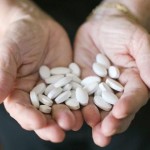 The biotechnology industry has been one of the best performing baskets in the stock market this year, but just because biotech stocks were kind to investors this year doesn’t necessarily mean that they’ll rally next year, too.

Biotech stocks can move significantly higher or lower in any given year due to investor’s reaction to data from ongoing drug trials, so I like to focus on biotech stocks that already generate healthy sales, that also have intriguing drugs in their pipeline. That way I can still benefit from sales growth from existing therapies even if a promising drug fails during its clinical trials. Using those criteria, I’ve come up with five companies that may be worth considering for portfolios in 2015. Read on to learn what biotech stocks I think may be in store for upside next year.

1.Gilead Sciences is one of biotech’s biggest and brightest shining stars. The company’s top selling HIV drug franchise, which includes five separate drugs that could deliver a billion dollars or more in sales this year, is fueling acquisitions and research that are generating impressive growth.

For example, the company’s $11 billion acquisition of Pharmasset in 2012 netted the company Sovaldi, a therapy for hepatitis C that launched last December and has already generated more than $8 billion in sales through the first nine months of this year. Gilead Sciences’ research efforts are expanding the company’s HIV lineup, including a successor to Viread, and have resulted in the launch of the company’s second-generation hepatitis C drug, Harvoni, in October. Looking ahead, Gilead Sciences is developing next generation HIV drugs, potentially game-changing therapies for hepatitis B, cardiovascular treatments, and the company should begin getting traction in oncology too. The company’s first cancer drug Zydelig was launched this past summer.

2.Celgene Corporation ‘s top selling multiple myeloma therapy Revlimid is on pace to deliver annual sales of more than $5 billion, but sales of the drug could head even higher in 2015 if the FDA gives the company approval to begin marketing Revlimid as a front-line therapy. Currently, Revlimid is used a second-line treatment, but the FDA will make a decision on expanding the label in February.

In addition to Revlimid, Celgene also markets the cancer drug Abraxane, a treatment used in breast cancer, nonsmall cell lung cancer, and pancreatic cancer patients. Abraxane’s sales have climbed sharply in the past year after receiving approval for pancreatic cancer patients in 2013, but Celgene’s fastest-growing drug is Pomalyst, a third line therapy for multiple myeloma that saw its sales grow 159% year over year to $478 million during the first nine months of 2014. Thanks to those drugs and a promising pipeline that includes partnership and equity stakes in emerging biotech stars Epizyme , Acceleron , and Agios , Celgene could be positioned to see its shares climb in 2015.

3. When it comes to ushering high-priced drugs for small patient populations through clinical trials, few have a better track record than BioMarin .

The company’s existing product lineup includes the $395,000 per year Naglazyme, a treatment for mucopolysaccharidosis VI, or MPS VI, a rare, life-threatening inherited disorder. Sales of Naglazyme totaled $246 million through the first nine months of this year, up 21% from last year, but BioMarin is enjoying rapid growth for its other drugs Kuvan and Vimizim, too.

Kuvan is a treatment for a rare genetic disorder known as Phenylketonuria and its sales are up 19% to $146 million through the first three quarters of 2014. Vimizim, which is used to treat patients with Morquio A Syndrome, won the FDA go-ahead in February and its sales already total $40 million this year.

These drugs already had BioMarin targeting a goal of $1 billion in annual sales, but the company strengthened its product pipeline further last month when it announced it was acquiring Prosensa, a company with a promising treatment for Duchenne’s Muscular Dystrophy, or DMD, that is in phase 3 trials. In addition to this potential DMD treatment, BioMarin’s pipeline also includes phase three stage drugs for the treatment of certain genetically caused cancers, pompe disease, and patients who don’t respond to Kuvan. As a result, if BioMarin continues to put up solid growth for its existing drugs and delivers strong trial data, 2015 could be another profitable year for its investors.

4.Medivation doesn’t have a product portfolio or pipeline as big as Gilead, Celgene, and BioMarin, but it does have one of the fastest-growing therapies for the treatment of prostate cancer, the most common cancer diagnosed in men. Since its launch in 2012, the company’s Xtandi has become the leading postchemotherapy medicine used in advanced prostate cancer patients, outpacing competitor Johnson & Johnson ‘s Zytiga. Xtandi’s third quarter sales in the U.S. climbed 67% year over year to $181 million and, thanks to recent launches overseas, sales outside the U.S. jumped to $119.6 million last quarter. Xtandi’s sales could head significantly higher in 2015; however, thanks to the FDA expanding its label in September to include prechemotherapy patients. The combination of pre- and postchemotherapy indications has been a boon for J&J’s Zytiga, which had sales of $1.6 billion during the first nine months of this year. Zytiga’s revenue suggests that if Xtandi can win away prechemotherapy market share at a similar rate as it did in the postchemotherapy indication, 2015 could prove to be another banner year for growth.

5. Similar to Medivation, Regeneron markets one highly successful drug. The company’s Eylea, a therapy used to treat vision loss tied to age-related macular degeneration and diabetic macular degeneration, or DME, posted sales of $722 million in the third quarter, up 48% year over year. Sales should continue to improve in 2015 given that the FDA approval for use in DME patients was granted just this past summer, but Eylea is only one reason that 2015 may prove to be a big year for Regeneron.

The company is developing alirocumab, a cholesterol fighting drug that inhibits the PCSK9 gene. Analysts think that PCSK9 targeting drugs like alirocumab and Amgen’s evolocumab could become top sellers given that prior generation cholesterol battling statins remain some of the globe’s most-prescribed medicine. Pfizer’s Lipitor, for example, was once the world’s best selling drug, with annual sales of $13 billion.

Regeneron and Sanofi , it’s partner on the drug (and an equity owner of Regeneron), plan to file for evolocumab’s approval before year-end using a priority review voucher that could result in an FDA decision next summer. Beyond alirocumab, Regeneron is also conducting ongoing phase 3 trials for drugs that treat rheumatoid arthritis and asthma. If Eylea sales continue to grow globally, alirocumab gets the FDA green-light, and these other studies deliver solid data, shares could head higher next year.

Execution is key
Gilead Sciences, Celgene, BioMarin, Medivation, and Regeneron all have the benefit of fast-growing, top-selling drugs already on the market, but that doesn’t mean they’re a lock to deliver on expected growth. Biotech companies need to execute on their marketing and development programs if they hope to reward investors. That means making wise investments in marketing and sales that don’t weigh down profit margin and focusing their attention and resources on the most promising of their research programs. That being said, the potential for balance sheet friendly sales and profit at these five companies suggests to me that investors may want to consider owning them next year.

1 great stock to buy for 2015 and beyond
2015 is shaping up to be another great year for stocks. But if you want to make sure that 2015 is your best investing year ever, you need to know where to start. That’s why The Motley Fool’s chief investment officer just published a brand-new research report that reveals his top stock for the year ahead. To get the full story on this year’s stock — completely free  — simply click here .

The article 5 Biotech Stocks to Buy for 2015 originally appeared on Fool.com.

Todd Campbell owns shares of Gilead Sciences, Celgene, BioMarin and Medivation. Todd owns E.B. Capital Markets, LLC. E.B. Capital’s clients may or may not have positions in the companies mentioned. Todd owns Gundalow Advisors, LLC. Gundalow’s clients do not have positions in the companies mentioned. The Motley Fool recommends BioMarin Pharmaceuticals, Celgene, and Gilead Sciences. The Motley Fool owns shares of Gilead Sciences. Try any of our Foolish newsletter services free for 30 days . We Fools may not all hold the same opinions, but we all believe that considering a diverse range of insights makes us better investors. The Motley Fool has a disclosure policy .