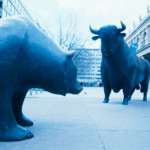 What is the most amazing aspect of this correction? It’s the fact that so few people understand it. I haven’t been around as long as some, but I’ve consistently watched the financial news networks since the 1990s. I have never seen a period where the folks who report and those who are interviewed have been so confused.

Let me provide some clarity. This is a correction. It’s a bear phase, and we don’t have to wait until it gets to “official” correction territory to acknowledge it. Since tech topped in early March, it validated the massive time window from early in the game. The idea here is to acknowledge when you get a turn at least at the right time it could work out to be fairly significant. One of the problems is we’ve had time windows before and nothing much materialized. Corrections in 2012 and 2013 all ended prematurely. Tech led to the downside while the SPX made a new high late in this game. That threw a lot of people off course because while we’ve actually had selling for over a month, as of last Thursday morning the SPX was only about 1.3% off its high. It tweaked common intelligence.

But it was my contention they only had a “suckers bounce” because the SPX and Dow were merely reacting to a flat 50-day moving average. Why is that so significant? Remember the article I did last year on the VIX, “Leveraging the VIX to spot trend changes,” from the March 2013 hard copy of this magazine? I explained how it works, but more important was the expectation traders have for the next 30 days. Low volatility means traders expect a rising market and traders expect more of the same. Here’s my best explanation taken from that article:

“Most traders get hurt when the trend changes because they ignore signs that the tide has turned. Methodologies such as market-timing windows and the Gann price/time square are key here. Using the VIX also can provide perspective, but remember, when the VIX is low, it does not mean the market will keep rising. Conversely, a high VIX does not always translate to lower market prices.”

The problem, if I may be so bold, is that everything is OK until it isn’t. When it isn’t, it turns bad. When it turns bad, it can turn really bad and it can do it in a hurry. I would say based on watching television that over 90% of the Wall Street community had no idea of these time windows and there isn’t a single person on television reporting on them. So it is you, kind reader, who has a tremendous edge over some of the most supposedly intelligent people in the room. In fact, with all the hoopla over that new Michael Lewis book “Flash Boys,” if you understand how to time the market, the possibility that markets could be rigged should pose absolutely no threat to you. If these people are trying front run scalp you for a mere fractions, if you understand this market is now in a real correction, you are way ahead of most of the people who might be your competition.

The problem here is the people have been programmed like robots to buy that dip. When the market is going up, buying a rising 50-day moving average in a raging bull market is the thing to do. On the SPX alone, they got away with it several times in 2013 and were even able to get over on the market when the price action bell below the 50-day in June, August and October. They even got away with it in February. Just from this chart they got away with it four out of the last five times. Now it was still slightly sloping up but take into the consideration the 50-day on the NDX is absolutely flat and the situation in the Dow is absolutely flat.

Buying the dip on a rising slope is one thing. Buying the dip on a flat moving average is an entirely different conversation altogether. Now go back and read the little paragraph from my VIX article, specifically what I had to say about Gann. In this time window, the square root of the high for the Dow measures 128.96 and it’s about 130 weeks back to the 2011 low. This time it’s not perfect, but it’s really close to a price and time square. Does that make me a prophet? No, all it does is make my Gann methodology look really good.