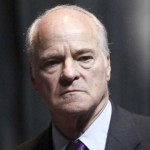 Kohlberg Kravis Roberts & Co. (KKR) is out with its

“We believe that we are now entering the global synchronous phase of a long but bumpy recovery process that started in 2009,” wrote Henry McVey, KKR’s Head of Global Macro & Asset Allocation.

“However, unlike many other synchronized global recoveries, developed market central banks are—in aggregate—likely to remain accommodative in an attempt to offset some of the inherent volatility that accompanies de-leveraging cycles. Against this macro backdrop, our asset allocation view for 2014 is that investors should “Stay the Course,” retaining key overweight positions in global equities and alternatives, including private credit, special situations and real assets.”

A massive run-up in prices and an above-average price-earnings ratio have many concerned that the stock market may have gotten ahead of itself.

While the logic may be sound, the historical evidence shows that stocks can go higher and earnings multiples can expand further.

“On the multiple front, we are using just north of 16.5x to reflect our view that real rates are likely to remain positive over the remainder of this economic cycle,” said McVey. “Indeed, …investors tend to place a significantly higher multiple on stocks when real rates turn positive as they have just done. Moreover, given that we expect slightly higher GdP growth on a go-forward basis in the 2014-2016 period, we gain comfort that some additional multiple expansion may be warranted. That said, we think the 17.9x projected multiple that typically accompanies a 2-3% 5-year trailing GdP environment may be too ambitious given the sizeable risk premium associated with exiting the historic amount of Fed-driven liquidity in the system.”

While McVey is bullish on U.S. stocks, he actually see greater opportunity abroad:

From a regional perspective, our view for 2014 is to have over- weight positions in Asia and in Europe, while we are equal-weighted the U.S. and Latin America in our target asset allocation. Key to our thinking is that, despite the strong increase in Japan during 2013, the stock market has actually gotten cheaper in absolute terms (i.e., EPS has increased more than prices; meanwhile, consensus annual EPS growth for 2014 is a solid 19%). We are also now more constructive on china (consensus EPS is for growth of 14%). In the euro area, we expect earnings to grow a full 21% year- over-year. by comparison, in the U.S. and Latin America, we expect earnings to grow 9% and 13-15%, respectively.

This is just scratching the surface of McVey’s report. Read the whole thing at KKR.com.