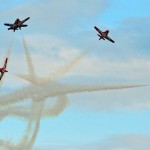 Stock investors are expected to tread carefully next week, as speculation about the timing of a US Federal Reserve interest rate hike adds to concerns about valuations.

Since hitting record levels two weeks ago, the US stock market has struggled for direction, and investors said the next several sessions might prove no better. A run of better-than-expected economic figures failed to boost sentiment and instead renewed focus on whether the Fed will begin to raise short-term lending rates before long.

At the moment, individual investors lack any particularly strong inclination to buy or sell. Investors polled by the American Association of Individual Investors have increasingly said they are “neutral” on the market, suggesting uncertainty about where stocks are going.

The most recent AAII survey showed 48% of investors polled have neutral outlooks for the market for the next six months, while 27% are bullish and 25% are negative. The bullish figure has been below 30% for five weeks, the longest since 2003, while the neutral figure has exceeded 45% for nine weeks, longest in the 28-year history of the survey.

One looming concern is the steady increase in investors using borrowed money to buy stocks. Total margin debt hit a record $507 billion in mid-April, according to the most recent figures from the New York Stock Exchange, trending higher along with the S&P.

High levels of margin debt do not necessarily mean a selloff is coming. But they can make selloffs more violent should volatility pick up.

An increase in market volatility could quickly worsen market sentiment, which could become amplified by high margin levels, they warned. The market has been in a trading range for several weeks, and some worry that a break lower could be violent.

About 280,000 jobs were added in May, the largest gain since December and well above consensus forecasts. Economists largely expect the Fed will begin raising rates by September, and this number solidified that expectation for many.

“The market is addicted to the Fed’s liquidity, and this certainly puts more ammunition in the Fed’s plan to start lift-off in September. It makes sense that the market would fall off on that,” said Mark Luschini, chief investment strategist at Janney Montgomery Scott in Philadelphia.