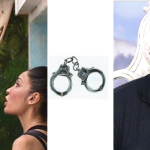 This season of Bigg Boss has been in the highlights for all the wrong reasons. And with show contestant, Armaan Kohli, getting arrested after evicted contest Sofia Hayat filed a complaint with the Mumbai police accusing Armaan of assaulting her, the show’s TRPs are likely to hit a new high again. The viewers will also be eagerly waiting for the Saturday episode to see what the show host Salman Khan, who is Armaan’s old friend, has to say about this whole controversy.

The police has booked Armaan under sections 324, 509, 506 and 504 of the Indian Penal Code (IPC) though it is unlikely that Armaan won’t return to the show within the next few days. Sofia Hayat has gained quite some popularity across social media for taking this bold step, some of her followers calling her the “Nirbhaya” while some calling her another wannabe Rakhi sawant. Whatever be the case, she has definitely given a boost to the show’s ratings and this step of hers, will surely ensure that there won’t be another Armaan treating women badly in the upcoming seasons of Bigg Boss.

We know that the questions in your mind are: “What are the sentiments of masses after Arman was arrested? Are the views of the average Indian in favour of Armaan or is there a sympathy wave arising for him? After this incident who is more likely to win Bigg Boss”? So lets answer all these by analyzing the social media reactions after Armaan’s arrest:

• Surprisingly the number of negative posts after Armaan’s arrest were much more than the posts from the people supporting him. This tells us only one thing: Mr. Kohli you have earned yourself some serious critics during your stint in the show. Usually, after one gets evicted(or arrested in this case) there is a sympathy wave for him but this ain’t the case with Armaan as there have been 450 negative posts towards him as compared to the 340 positive posts from people supporting him.

•Analysis of social networks clearly showed that users on Twitter were the most active. Google Plus users were also very active and posted over 281 posts in less than a few hours of the news getting out.

How posts on Bigg Boss were trending across Social Media:

As can be seen from the analysis below, where we analysed the social media mentions about Bigg Boss from 16th December to 17th December and saw that Twitter users led the pack and were posting roughly ten times more than all social media networks combined. This does tell us something about the Bigg Boss’s audience: They are young(as over 62% of the Twitter population in India is below 29 years) and love sharing their opinions quickly(with small 140 character tweets).

If we analyse the daily timings when people were the most active about the show on social media then we would realize that interest of Twitter users peaks right at the time the show airs. Though yesterday, there were constant crests and troughs after the news of Armaan’s arrest broke out.

Who are the Social media Influencers with respect to Bigg Boss?