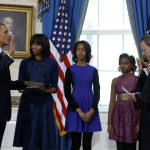 The first African American president of the United States, Barack Obama, was re-elected as the president in 2013. Obama defeated Mitt Romney in the November’2012 elections and took oath as the president on 20 January’2013. Since then, the sentiments of not only the US citizens but people all over the world have kept on fluctuating with respect to Obama. Some feel that he is a capable leader while others oppose him as well as his policies such as Obamacare. So let’s understand the public sentiment on Barack Obama on social media.

“What are the sentiments of masses on Barack Obama and what do people think about Obama care”?

• If a few reports are to be believed, the US deficit has decreased many times, (which in no way is a small achievement) but despite this, the overall sentiment towards Barack Obama is negative.

• Analysis of social networks clearly showed that users on Facebook and GooglePlus topped the charts when it came to posting about the US president. Twitter and Yahoo users were also active and posted over 400 posts each about Obama during the previous few days.

How posts on Barack Obama were trending across Social Media:

As can be seen from the analysis below, the interest of Twitter users about Obama, peaked around 25th December while Facebook users were more active about Obama before 24th December.

Who are the Social media Influencers with respect to Barack Obama?