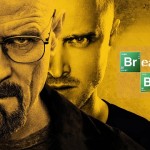 Which is your favourite cine drama television series? If you ask this question to 10 persons, 7 out of those will say out the word “Breaking Bad”. A chemistry teacher who starts producing and selling methamphetamine is certainly not a story that is heard of. But what made the show popular is still a mystery, whether it was the brilliant acting from Bryan Cranston or the skillful direction from Vince Gilligan, the show has gained massive popularity around the world. Now that the show has ended, it would be interesting to know the reactions of fans about the same.

“What are the sentiments of masses on Breaking Bad”?

• No surprises here. Over 83% posts which were made about this American television series were positive. While only 8% posts were negative about the show.

• Analysis of social networks clearly showed that users on Yahoo, Twitter, and GooglePlus were the most active. Surprisingly, Facebook users were not much active with respect to the show.

How posts on Breaking Bad were trending across Social Media:

As can be seen from the analysis below, Breaking Bad seems to be getting popular towards the end of the Year. The maximum noise about the show was in January when it was rocking the TRP charts, but it has since then again picked up some noise on social media during the last few days of December.

Who are the Social media Influencers with respect to Breaking Bad?

• Suppose, if a brand wants to associate with Bryan Cranston, then it should do a quick sentiment analysis about them and understand the public sentiment towards him. If the sentiment is positive then it will be extremely beneficial to associate with him. Hence, EaseSocial can be a powerful medium that simplifies marketing research.