Last week we ran a report to show the Downside Risk Alerts on the SPDR S&P 500 (SPY) for the past two years. As previously noted, by monitoring the SPY we're able to see an indication of the markets pulling back within 24hrs - 3 weeks.

The report below was generated for the past two years.

Here is what's VERY interesting about this data when you break it apart by Year/QTR as done below: 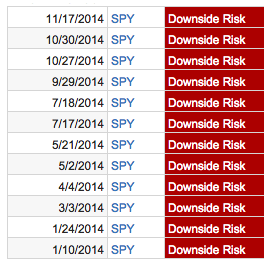 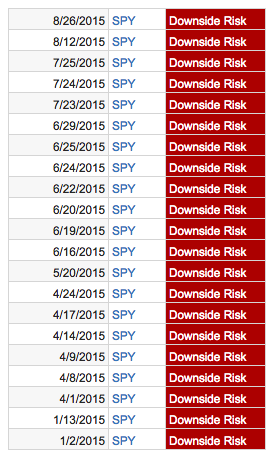 Based on the trending data analysis and increase in Downside Risk Indicators, we would be hard pressed to agree with the generalized "expert" public facing opinion . To Learn more about HedgeChatter products click the button: Financial Products