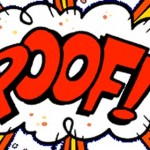 The Stock Market Is Disappearing In One Giant Leveraged Buyout

It’s easy to find critics and doomsayers who predict that the next stock market crash is just around the corner. They could be right, but another possibility is that the stock market itself will disappear entirely.

Anyone who is familiar with mergers and acquisitions knows what happens when a company is being slowly acquired. The price climbs higher, slowly yet relentlessly. Liquidity evaporates as offers are lifted. If the price moves up too quickly, buy programs are canceled. The buyer waits until the froth dies down a little before resuming purchases. Eventually, the bids reappear, and the process continues. Once the buyer acquires 5% of the company, a legal requirement is triggered: the SEC requires the buyer to file Schedule 13D, otherwise known as a “beneficial ownership report.” Once this report is filed, everyone can see the buyer, and the stock price will usually jump.

This same process has been underway in the stock market over the last 6 years. The market is up well over 200%. Liquidity has evaporated in the S&P 500 futures market, and the central banks themselves are buying S&P 500 futures. Companies are spending nearly all of their profits on stock buybacks. Just recently, Wendy’s announced they would buy back half of their stock.

All of this activity harms employees. William Lazonick discussed the negative effects in a Harvard Business Review article called “Profits Without Prosperity.” According to Lazonick, the American economy has transformed from a system of value creation to one of value extraction. He explained,

From the end of World War II until the late 1970s, a retain-and-reinvest approach to resource allocation prevailed at major U.S. corporations. They retained earnings and reinvested them in increasing their capabilities, first and foremost in the employees who helped make firms more competitive. They provided workers with higher incomes and greater job security, thus contributing to equitable, stable economic growth – what I call “sustainable prosperity.”

This pattern began to break down in the late 1970s, giving way to a downsize-and-distribute regime of reducing costs and then distributing the freed-up cash to financial interests, particularly shareholders. By favoring value extraction over value creation, this approach has contributed to employment instability and income inequality.

The private takeover of the stock market is also apparent in the IPO market, or lack thereof. Rett Wallace said in Forbes,

U.S. technology companies have already raised more money this year in the private market than in the public market in all of 2014 (excluding Alibaba’s nearly $22 billion IPO, which is by any definition an outlier). The 25 tech IPOs in 2014 (again excluding Alibaba) raised a total of $6.5 billion, less than the $7.8 billion already raised privately by US tech companies this year.

This is the end game of unfettered capitalism. The signs are all here. When you cast aside reasonable restraints, the unscrupulous among us will rise to the top and exploit everyone else. What we have left is a new American feudalism where CEOs move around like a pack of ruthless Somalian warlords. Riding behind the banner of efficiency, they replace employees with robots, outsource their work to foreigners and tell their employees to train their own replacements, and collude with hedge fund managers to strip companies of their most valuable assets to temporarily boost the stock price.

As if all this weren’t enough, now they are buying the entire stock market with money provided by the Federal Reserve’s quantitative easing policies. This is essentially the largest leveraged buyout in history, and it’s being paid for by every American. If the IPO market continues to dry up and companies maintain their buybacks, eventually, they will run out of stock to buy, and the market will disappear.

In a country without public markets, corporate fiefdoms will dominate the landscape. Instead of actual castles and moats, fiefdoms will have legal barriers to protect them, like low minimum wages, tax loopholes, and regulatory capture. Warren Buffett always said he likes businesses with “economic moats.” Just imagine how much he would like the moats of the new American feudalism.

The company that best epitomizes the increasing privatization of capital is Uber. With absurd valuations in the private market as high as $50 billion, the company already has a substantial fiefdom. One day in the future, when the private takeover of all public markets is complete, you will see a propaganda poster on the subway that says, “We are all Uber drivers now!“