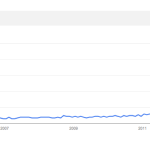 The words ‘Big Data’ have been very busy.  They have single handedly brought a new breed of data desire to our lives and injected some youthful excitement for brands (and agencies) to grasp for – an enthusiasm that has led to many meetings, in many companies about many metrics.  And beyond all the talk, we’ve seen some big companies make some big investments, and watched a rash of shiny data startups spread the good news about how we can now ‘unlock hidden insight’ and ‘unleash the power of Big Data’.  Such attractive data speak!

It’s true, these days not having some Big Data in your vocabulary is like being that kid at school with dad’s Motorola, when everyone’s packing iPhone 5’s. No dates for you my friend.  And so, it’s all too easy to join the chorus and say you love Big Data or talk about Big Data’s four V’s at conferences, but the truth is that the majority of brands are not equipped to make the most of it. They aren’t built like an eBay. They don’t have a data team of 30 like The Financial Times, or have a unified strategic vision for data like Birchbox. What to do?

Perhaps, the words “Big Data” have been more effective at creating analytical anxiety for brands instead of providing a clear opportunity to close the gap between intelligence and intuition. But with Big Data FOMO well and truly on the rise, how can you be heard above the herd?

A little bubble in Big Data

The stock markets are great indicators for human behavior. Fear and greed play out as the catalyst for the big rallies and sickening falls of the markets.  Below is a chart that shows the increase in search interest for the term ‘Big Data’ since 2004.

The Big Data race is driven by the fear of being left behind, fueling the growth of data startups and interest in Big Data software. But the fact remains that most marketers and agencies don’t fully understand how to maximize these data investments or how to make them a utility to their efforts. A CEB study of almost 800 marketers at Fortune1000 companies found that those who do use data to the excess do so poorly, and over 50% said they rely on their intuition to make decisions. Yet, brands continue to invest in building up their Big Data stockpile. Is now really the time to make an emotional investment?

Perhaps Obama’s last campaign CTO, Harper Reed, said it best: “This is all fear…This is about you buying big expensive servers and whatnot.”

In the age of big, invest in small

Warren Buffet turned 83 this year and is widely considered to be the most successful investor of the 20th century.  In 2012, his net worth was around $53 billion. Time Magazine named him one of the most influential people in the world.

He is renowned for his ability to ignore the noise of the financial markets, and instead, consistently focus on the small but intrinsic indicators of a company. This skill has been core to his success as an investor and is a real world example of how to focus on the signals that actually matter.

Similarly, when brands rely too heavily on the volume/variety of data, they often lose their way to what they should be listening for. Take the recent horsemeat scandal in Europe; as BBH Founder John Hegarty has pointed out, despite the deluge of data available to supermarkets, they had no idea they were actually selling beef to consumers that included horse DNA until it was too late. Some brands, though, are starting to recognize this problem. During this year’s Advertising Week, Pepsi’s head of music and entertainment marketing, Bozoma Saint John, pledged to “use less data” and “unlearn” the brand’s reliance on it in order to remain culturally relevant.  Perhaps the future of data is about focusing on less, so we can all do more.

Data is for humans, not robots.

Giving your data a meaningful voice is about choosing to invest in the right human skills. Skills that increase an organization’s analytical literacy, eye for information design and ability to build data driven stories. That type of investment returns longevity to the culture and skills of your business, creating the ability to adapt to an ever-changing world of data, technology and digital connection.  And that will run deeper than any database.

So for now, go for human capital, and leave the buzzwords and the flashy toys to the rest.