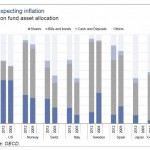 When it comes to the stock market, while the biggest, and according to many only, beneficiary of the Fed’s ZIRP/QE policies of the past 6 years has been the wealthiest 1%, the reality is that said top crust of US society no longer needs the S&P to continue its relentless, manipulated and centrally-planned levitation.

Between a third Hamptons residence, a 5th Ferrari, and a 7th French villa, not to mention a few tons of gold, the super wealthy have long since booked their paper profits, and transferred their “wealth” out of the intangible and into actual, physical assets.

Therefore it is not the 1% that would suffer the most should the S&P have a post-Lehman like 50%+ wipe out, which also means that the Federal Reserve’s only mandate of pushing asset prices to ever higher levels while pretending it does so to boost employment and keep inflation at 2% is no longer for the benefit of the uber-wealthy.

So why can’t, or rather won’t, the Fed let the bubble market collapse once again? Simple – as the following chart shows, the illusion of wealth is now most critical when preserving the myth of the welfare state: some 50% of all US pension fund assets are invested in stocks and only 20% in Treasurys. This compares to less than 10% for Japan which also explains why for Abe, the only lifeline left is pushing pension funds out of their existing asset allocation sweet spot and forcing them to buy stocks. Whether this gambit will work is unknown.

What, however, is known is that in a country like Germany between 2005 and 2012 the Pension funds asset rotation out of stocks and into bonds has been truly unprecedented, with stocks plummeting from 30%+ of total exposure to less than 5%! It also explains why Germany was, is and always will be leery of allowing the ECB to pursue asset bubble-inflating policies which would barely benefit pension funds on the equity side, while any rising inflation would crush the mark-to-market value of bond holdings.

But back to the US: while the 1%’s paper fungible, market-driven wealth has been long converted into other hard asset formats, it is the paper gains for the future retirees that are on the chopping block should the S&P 500 “get it.” As such, it is the fate of future retirement funds, and in fact, the very core of the US welfare state that is at stake should there be a massive market crash. In which case what happened in Ferguson will be a polite stroll in the park compared to the chaos that would ensue should another generation of Americans wake up with half or more of their paper wealth wiped out overnight.

None of which touches on the most important question: will the Fed be able to avoid a market crash?

The answer of course is no. But while we have explained countless times why central-planning always fails in the end, we will give the podium to Fred Hickey, aka the High-Tech Strategist, who gives a very poetic summary of what the Fed’s endgame will look like:

The Fed hasn’t made the world a better place with its interventions. It has created moral hazard, encouraged the formation of asset bubbles that eventually pop (leaving economic messes), widened the wealth inequality gap to record levels, discouraged savings and investment, severely penalized retirees on fixed incomes, encouraged spending, funded massive government deficit spending by monetizing the debts, lengthened the recession and likely reduced the number of jobs that would have been created if the economy had been allowed to take its normal course. Eventually the Fed’s policy interventions will also have created debilitating, widespread consumer inflation, the “cruelest tax” against the poor and middle classes.

And the final nail in the failed Keynesian school of economic thought’s coffin, will come when a hundred million current and future retirees wake up one day, realize that the welfare state dream is over, and suddenly realize they have nothing left to lose.

It is only then that the 1% will be truly in peril, as one after another revolution in the history of the world has shown all too clearly.