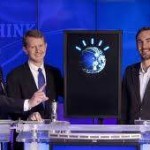 Why Watson’s in Jeopardy in the Big Data Game

IBM yesterday announced a three-pronged initiative to establish its Watson cognitive computing services as a player in Big Data analytics. At the same time, the Wall Street Journal alleged that revenues for the new business were lagging behind plan.

The paper reported earlier this week that it had obtained a transcript of an October conference call in which IBM CEO Virginia Rometty voiced hopes that the Watson team would be the fastest business unit to hit $1 billion in revenue in company history. But the call revealed that sales were at that point under $100 million and that a big project at the University of Texas Cancer Center was “in a ditch,” in the words of Watson project leader Manoj Saxena.

IBM’s new plan for Watson calls for targeting three business segments, two of which fall into marketers purviews. Watson Analytics is a service that aims to make using data analysis more intuitive for business users, allowing them to explore Big Data insights through visual representations and more quickly draw customer insights from their data files. Watson Explorer, meanwhile, is designed to spur cross-enterprise collaboration among data users by presenting a unified view of an organization’s data.

One player in the automated customer response business thinks Watson’s problem is overkill. “When I look at Watson being used for research in healthcare or financial services, where deep learning is needed, I think it can have an incredible impact” says David Lloyd, CEO of IntelliResponse, which provides “virtual agent” software to interact with customers . “But for most marketing organizations looking to interact efficiently with their customers, Watson’s like driving nails with a sledgehammer.”

The redefined services will be marketed by the IBM Watson Group, a newly formed unit that the company stated will “accelerate a new class of cognitive computing services, software, and apps.”