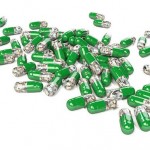 Investing in clinical-stage biotech stocks isn’t for the faint of heart. The industry’s jaw-dropping pops and drops can be so dramatic as to suit these stocks only the most speculative portion of an investor’s portfolio.

However, for investors willing to accept the risk of buying little-known biotech stocks such as Ophthotech , Portola Pharmaceuticals , and Insys Therapeutics , there can be substantial profit.

Those three small-cap biotech stocks have been among my portfolio’s top winners this past year. While I don’t claim to know with certainty whether their winning ways will persist in the coming year, some intriguing catalysts could keep them profit-friendly.

Ophthotech is doing the latter . The company’s Fovista is being studied for use alongside Novartis and Regeneron ‘s blockbuster wet AMD eye drugs Lucentis and Eylea.

During phase 2b trials, patients’ vision improved by 10.6 letters on a standard eye chart when they took Fovista and Lucentis. The improvement was limited to 6.5 letters for patients taking Lucentis monotherapy.

That performance prompted Novartis to pay Ophthotech $200 million up front, as well as pledge up to $800 million in milestones, to license the foreign rights to Fovista. If Fovista eventually wins regulatory approval, Ophthotech will also be entitled to future royalties in the mid-30% range on any sales.

The company has held on to its U.S. rights (so far), and the results from the phase 3 trials are not due until 2016. However, given that Ophthotech estimates the market for wet AMD is worth $6 billion, investors might decide that despite a 67% return since 2013, Ophthotech’s current $1.8 billion ;valuation remains too timid.

Portola’s andexanet alfa is a factor Xa reversal agent that acts as an antidote to the multibillion-dollar blockbuster anticoagulants Xarelto and Eliquis.

Xarelto and Eliquis have put up barn-burning sales growth over the past year as they displace warfarin’s decades-long dominance in postoperative and heart disease patents. However, no currently approved medicine can halt the effects of those two drugs, which targeting factor Xa — a key cog in blood coagulation. As a result, patients using the drugs are exposed to greater risk if they suffer a bleeding episode or require emergency surgery.

Doctors are well aware of the risk and have chosen in many cases to stick with warfarin, despite the drug increasingrisk of brain hemorrhage and requiring regular monitoring . However, approval of andexanet alfa could unlock significantly greater sales of the newer drugs, and that prompted Johnson & Johnson , the maker of Xarelto, and Bristol-Myers Squibb and Pfizer, the makers of Eliquis, to help pay for andexanet alfa’s development.

Andexanet alfa has demonstrated in phase 3 trials that it can effectively reverse these anticoagulants, and Portola plans to file for FDA approval this year. That means Portola could have its first product on the market in 2016, but the investment upside here could be even greater if the company’s own factor Xa inhibitor, betrixaban, pans out. Earlier this year, Portola reported that data its phase 3 trial for betrixaban ;should be announced early next year. If those results are positive, then Portola, which is up 58% since 2013, might have more running room.

Insys’ shares have more than doubled in the past year on optimism for its marijuana-based medicines for the treatment of epilepsy and brain cancer. Its significant revenue growth and rock-solid balance sheet have made me a fan of this company.

Unlike its competitors, Insys is already racking up revenue thanks to rising demand for its opioid cancer pain spray Subsys. In the fourth quarter, Subsys sales grew by 69% to $66.1 million. That brought Subsys’ full-year sales to $219.5 million, up 123.7% from 2013.

While other drugmakers’ research and development budgets are forcing dilutive equity offerings or borrowing, Insys is nicely profitable. In 2014, the company reported adjusted net income per share of $2.15, up from $1.33 in 2013.

Subsys’ success is fueling the company’s R&D program and delivering EPS growth, but it also allows debt-free Insys to stockpile cash for a rainy day. Exiting the fourth quarter, Insys’ cash and equivalents totaled $106.1 million, up from $45.8 million a year ago.

The company’s financial firepower could soon enable it to put other drugs on the market. Insys has finished late-stage studies on an oral version of the marijuana drug marinol, and an FDA filing could come this year. Insys believes it could capture a solid share of the marinol market, which it thinks is worth $150 million and growing.Additionally, Insys’ plans include phase 3 studies to begin this year for its CBD therapies for two rare forms of epilepsy. Whether these catalysts play out as planned isn’t certain, but if they do investors could be additionally rewarded.

Looking ahead
Any numbers of catalysts could move these stocks in the coming year, but anyone who invests in biotech companies knows bad news can be devastating. While I’m keeping these stocks for now, they remain a small and highly speculative part of my portfolio. Whether they prove to be worth owning for the long haul will depend a great deal on how their clinical trials play out, so interested investors should tread carefully.