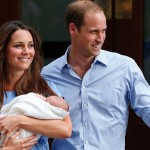 Is there anyone in this world with a Wikipedia page dedicated to him even before he was born? Don’t ponder, the answer is yes. Prince George had a Wikipedia page dedicated to him, a website inviting people to guess whether the royal baby will be a he or she, and was already on top of Twitter trends even before he was born. The prince even found a spot in the Google Zeitgeist. So, it has been five months since he was born and a lot of us will be wondering whether the royal baby is still the social media hot property or not. So let us answer the question, by doing a quick sentiment analysis on the royal baby.

“What are the sentiments of masses on Royal Baby”?

• There were 36% positive posts about the royal baby but at the same time there were 25% negative posts about him. Well the reason for the negative posts is not the baby but the whole media circus that was surrounding him. People were quite irritated by this whole circus where in a baby who was yet to be born was being given more importance than important incidents occurring across the world.

EaseSocial monitored social media responses around the royal baby in all the major social media networks and found:

• Analysis of social networks clearly showed that users on Facebook, GooglePlus, and Twitter posted over 500 posts each about the royal baby. Yahoo users were also active and posted around 350 posts around the royal baby.

How posts on the royal baby were trending across Social Media:

As can be seen from the analysis below, the royal baby is still making some headlines across social media, even five months after his birth. The social media activity with respect to Prince George peaked on 22, 23rd, 28th and 30th December. This shows that this whole media circus won’t stop in the coming months.

Who are the Social media Influencers with respect to the royal baby?