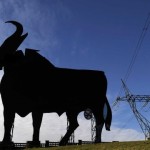 GERARD MINACK: 3 Words Explain Why Stocks Are No Longer Sensitive To Economic Surprises

The 2013 mega-rally in the stock market

And despite just recently publishing their 2014 targets, Wall Street is already being forced to revisit their analyses as the market continues to surge to new all-time highs.

Citi’s Tobias Levkovich, who published near-term stock market predictions in May and 2014 targets in September, just revised his forecasts.

“The good news from credit conditions, hiring intentions and capital spending plans on the economy and likely earnings growth can provide upside appreciation potential while sentiment, intra-stock correlation and even valuation suggest concern,” added Levkovich. “Overall, we can get to a 1,975 kind of outcome, but we may also see choppier markets and early indicators on volatility also intimate reasons to be worried.”

So while he remains longer-term bullish, he is cautious about the near-term.

“The potential for a 5%-10% correction in 1H14 is significant given the likelihood for greater volatility, euphoric investor sentiment, political challenges and the pull forward of equity returns into 2H13,” he wrote.

Despite these changes and uncertainties, Levkovich’s long-term bull thesis is unchanged.

“Our Raging Bull Thesis, initiated more than two years ago, argued that a new multi- year secular bull market was expected to begin in 2013 and that view remains intact,” he wrote. “Certain aspects of the theory such as positive demographics, the shale gas revolution, US cost competitiveness and required technological mobility investment can last for the better part of this decade and into the 2020s and thus argues for many more years of stock market appreciation.”

SEE ALSO:
CITI: These 6 Trends Should Make You A ‘Raging Bull’ On America